Your cart is currently empty.

GOT THE TRAVEL BUG??

We are travelers, change-makers, adventurers, passport-stampers, global learners, and followers of Christ. Join us in the travel movement. 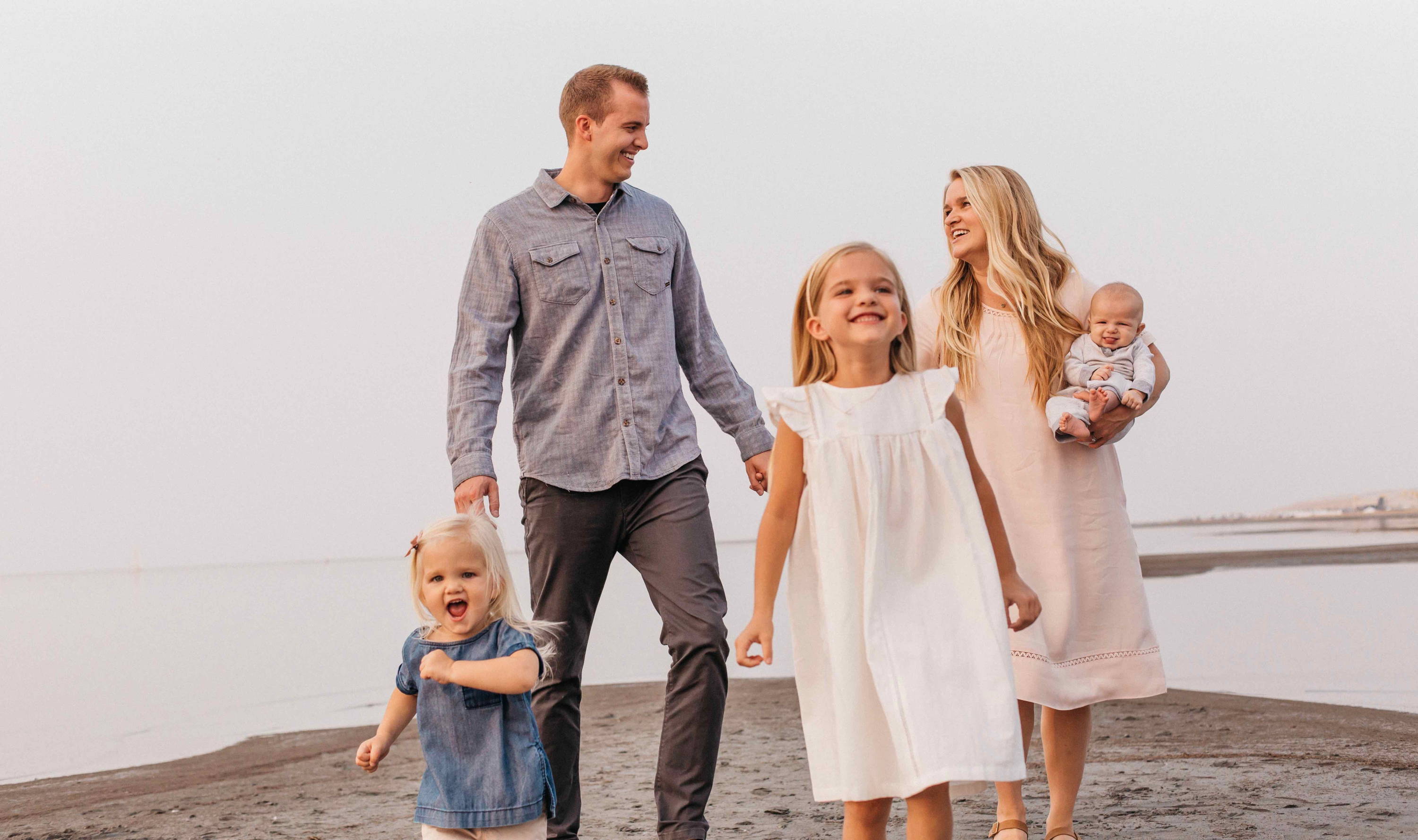 Kimball is a born n’ raised, small town Idaho boy who grew up floating down rivers, roofing barns and bucking hay. Upon graduation from high school, he hopped on a plane for the first time in his life and committed his whole heart and soul for two years to serving the incredible people of Chile. Like many who are called on LDS missions, Kimball’s time in Chile changed his life and instilled in him a greater desire to dedicate his life to serving God and his fellowmen. When his mission came to an end, he enrolled in Economics classes at BYU with big plans to change the world. He didn’t even know what hit him when he showed up for his first day of work as a teacher at the Missionary Training Center (MTC) and was introduced to a co-worker responsible for helping him learn the ropes…He couldn’t tell if he was speechless because of her drop-dead gorgeousness or because he hadn’t been alone with a girl for more than two years.

Erin’s hometown is the small community of Laie, nestled in the islands of Hawaii. As the oldest of six, she was good at bossing everyone around and organizing fake weddings for her siblings to the neighbor kids. When she was 17, Erin collected suitcases full of medical supplies and headed off to Guatemala to participate in a medical humanitarian mission. Her experience there completely altered the way she saw the world and her place in it. She came home and decided to study Exercise Science at BYU and prepare for medical school. After a few years of school, Erin was giddy to put her studies on hold and accept the call to serve a Spanish-speaking mission in Miami, Florida. She fell in love with the cultures and people she met from every Central and South American country. She couldn’t sit still after returning home from her mission, so she shipped off to Uganda for 5 months to work in a hospital and assist in delivering babies. She was planning her next adventure to Jerusalem when an incredibly good-looking, smiley, 6’4 new teacher at the MTC walked into her classroom and she realized she wasn’t going anywhere soon…

It wasn’t really love at first sight—relationships are usually a little more complicated than that--but between practicing Spanish with missionaries, the Carl Bloch Art Exhibit, and BYU basketball games, Erin and Kimball became really good friends. It wasn’t until a last minute Thanksgiving invitation to the Palmer home, that Erin realized she was a total idiot if she didn’t snag this guy up quick. Kimball was already madly in love with her by that point, so they became inseparable from them on.

The happiest day of their lives was in June 2011, when they were married and sealed in the Salt Lake Temple. They both continued teaching at the MTC until they discovered an opportunity to volunteer for four months in Honduras. While they were there, they learned that they were expecting their first baby. Four months later, they returned to the United States for Erin to graduate from BYU before the baby came. Kimball graduated with his degree in Economics and went on to become a full-time training coordinator at the Missionary Training Center (MTC), responsible for helping missionaries from all over the world learn English and prepare them for their time in the mission field. Over the last several years he has hired and trained hundreds of MTC teachers and worked with thousands of missionaries.

The real happiest day of their lives came when they welcomed a little baby girl to their family in 2012. She brought spunk and energy and made them more happy (and tired) than they ever thought possible. She was joined in 2016 by another little girl, who has proven to be just as beautiful, spicy and spunky as her big sister.

At night, Kimball and Erin often lay awake and talk about the kind of life that they hope for their daughters. They want to teach them to be kind, empathetic, brave and confident. They want their girls to have a sense of curiosity and adventure and to recognize the inherent power to share goodness that is naturally inside them. How can they teach them to find beauty in different ways of thinking and living? How do they help them see how much they are needed in the world? How can they help them discover who they were meant to become? As they explored these questions, over and over they came back to the fact that they wanted their girls to reach out, to experience and contribute to the community around them, and to expand their vision by seeing other parts of the world.

Kimball and Erin have learned that bravery, empathy, confidence, vision, etc., come from seeing the “big picture” and learning how you play a role in spreading light, knowledge, and relief to those around you. And that’s how Travel For Youth was born: late at night, by two parents, who wanted to deliberately create a life of service, curiosity, empathy and experience for their children. But then they started thinking: what if the world was FULL of youth and young adults who had those type of experiences? What if every teen was given the opportunity to plan, travel, learn, serve and explore? How could the world be different if we learned to see and understand life, and the world around us, from multiple points of view?The Palmers decided not to wait until their girls were old enough to participate in these adventures; they were so excited about the idea that they got started immediately. And after hundreds of hours of research, collaboration, and pedal to the metal, they were ready to launch Travel for Youth: World Travel and Exploration for Latter-day Saint Teens. So, if you are looking for an opportunity that will change your life, join us this summer for our next round of adventures!

We can’t wait to meet you!

Join the travel movement. See the world. Get involved in social causes. Add your voice.